I’ve wrapped up my current Dark Tales Sleuth case by posting the Table of Contents and Attributions for Volume Three of Evening Tales for the Winter. For this last volume, I mostly relied on the attribution information from ISFDB, and limited my research to tracking down original publication information, and more readable versions of the stories. However, one story earned a little more attention: “Nina Dalgarooki.”

Unlike the other stories in this volume, “Nina Dalgarooki” is in fact supernatural; it’s a sort of satirical adult fairy tale about a beautiful Russian countess who wants to turn her beauty on and off: to “ration” it, for when good looks are truly needed. She finds a wizard to help her accomplish exactly that, and takes this power to Siberia, Paris, and London, with amusing results. It’s rather a fun piece!

ISFDB did not credit the story, but I found a snippet from The London Morning Post that attributed the tale to “Mrs. Lytton Bulwer,” the wife of the novelist known at the time as Edward Lytton Bulwer, and now known to us as Edward Bulwer-Lytton. You know: “It was a dark and stormy night” Bulwer-Lytton. The Post snippet said favorable things about “Nina Dalgarooki,” which is significant, in light of what happened afterwards… .

END_OF_DOCUMENT_TOKEN_TO_BE_REPLACED

Somewhat over a year ago, I started the Dark Tales Sleuth blog to record my progress tracking down the sources of unattributed stories in the 1856 three volume anthology, Evening Tales for the Winter. I’ve been working on the project on and off since then, and yesterday I wrapped up what I could discover about Volume Two!

Of the last four stories in Volume Two, two were non-supernatural crime or adventure tales, one was arguably a ghost story, and the last a gothic demon tale. I’ve already featured Charles Macfarlane’s “Hungarian Robbers” in my Classic Crime series, so no more needs to be said about that.

END_OF_DOCUMENT_TOKEN_TO_BE_REPLACED

Remember my other blog, The Dark Tales Sleuth? That’s where I’m tracking down the sources of the unattributed stories in the 1856 anthology, Evening Tales for the Winter, edited by Henry St. Clair. I’m still working on it! 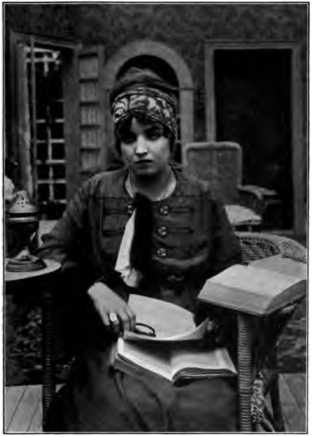 After wrapping up Volume One, I started on Volume Two with what seemed like a straightforward case, which quickly turned super interesting. I began with what I thought was a plagiarism of one of the seven “horrid novels” from Jane Austen’s Northanger Abbey, and found what I think is an alternative (and earlier!) translation of the first section of the German source novel. Pretty cool!

END_OF_DOCUMENT_TOKEN_TO_BE_REPLACED

As if I didn’t have enough to do, I’ve started another blog. Introducing The Dark Tales Sleuth!!

It started when I came across an old anthology called Evening Tales for the Winter (1856). The first few stories included some interesting gothic tales, some implied to be translated from German; the book looked to be a potential source for good stories to share for Winter Tales season. So I started reading.

I noticed, though, that nothing was attributed: no authors, no translators, no information at all. This annoys me.

END_OF_DOCUMENT_TOKEN_TO_BE_REPLACED

I’ve been reading Catherine Crowe’s Ghosts and Family Legends (1859) over lunch break the last several days. Those of you who have read Tim Prasil’s Help for the Haunted, the chronicles of the ghost-hunting, turn-of-the-twentieth-century journalist Vera van Slyke, know that Ms. Crowe’s The Night Side of Nature was Vera’s trustiest reference tome. I believe she actually wore out her copy at some point in the book. Like The Night Side of Nature, Ghosts and Family Legends is a collection of “true” ghostly anecdotes, in this case told over the course of several evenings at a Christmas gathering.

Though it may surprise some of my readers, I’m not actually that interested in true ghost story anecdotes, at least not as reading material. Most true ghost anecdotes — most true anecdotes, period — lack narrative structure, and almost always have no closure. They may be great recreation when told to you by your grandmother, or by your friends on a dark winter’s night while drinking hot toddies, but fiction generally makes better reading. Most of the stories in the first half of Ghosts and Family Legends are no exception. Still, I’m always on the lookout for novel stories to share with you during the winter tales season, and a few of the anecdotes are well-structured enough (and fun enough) that I may feature them come December.

The second half of the collection is called “Legends of the Earthbound,” and (so far) these seem to be fully structured stories. It’s not clear if these are still stories told to Ms. Crowe by others, or whether they are fiction written by her (I assume the second). Either way, they are enjoyable reading, and I thought I’d share one with you today.

Our family claims to be of great antiquity, but we were not very wealthy till about the latter half of the 16th century, when Count Jacopo Ferraldi made very considerable additions to the property; not only by getting, but also by saving—he was in fact a miser. Before that period the Ferraldis had been warriors, and we could boast of many distinguished deeds of arms recorded in our annals; but Jacopo, although by the death of his brother, he ultimately inherited the title and the estates, had begun life as a younger son, and being dissatisfied with his portion, had resolved to increase it by commerce.

So begins the story of Count Francesco Ferraldi, about his ancestor Jacopo Ferraldi, a truly detestable man. This one is kind of two ghost stories (and two haunted houses) in one, but it isn’t the ghosts that are scary. It’s the man.

You can read “The Italian’s Story” here (a pdf download), or you can download the entire Ghosts and Family Legends from Project Gutenberg.

Image: The Letter of Introduction, David Wilkie (1813). Source: WikiArt. It may seem an odd choice of image, but it’s relevant to the story.

JSTOR just announced that they are rolling out a new program, Register & Read. The program will provide free full-text access to part of the JSTOR journal archive to individual scholars and researchers who aren’t affiliated with one of their participating institutions.

Many of the folklore papers that I blog about are from JSTOR (I have a tag for posts that mention those papers). I use them extensively when doing statistics and computer science research for my professional work. I know that Acid Free Pulp sometimes refers to JSTOR papers, too.

This follows on JSTOR’s recent decision to open up journal content published prior to 1923 in the United States, and prior to 1870 elsewhere. This period includes quite a lot of field studies and folklore collecting activity. The studies are subject to the bias of their time, of course, but if you are interested in folk belief or fairy tales to weave into your own fiction, this is still a rich source of inspiration.

I’m lucky enough to have JSTOR access through the San Francisco Public Library, and it’s been invaluable now that I’m not affiliated with a university or large research lab. So if I sound like a complete groupie, that’s because I am. If you ever have the need to access the scholarly literature, I can’t recommend them enough.