My husband and I have been a bit obsessed with hummingbirds the past couple of years; we’re up to three feeders in the backyard, and we can sit in the afternoon and watch hummingbird skirmishes (Anna’s hummingbirds are notoriously territorial) with as much enthusiasm as other people bring to sports championships. What better then, than a series on hummingbird folklore?

Hummingbirds exist only in the Americas; a uniquely American bird, and so their folklore is also uniquely American. Hummingbird stories exist among many peoples of North, Central, and South America, and so it gives me a change to learn a little something about groups whose legends I know nothing about.

I’ll start this series with a couple of legends from the Ohlone people of the California Coast. The Ohlone lived in the regions around the San Francisco and Monterey bays, down to the Salinas Valley: regions where my husband and I, and my husband’s family grew up. I can’t claim to know a lot about the Ohlone, but the knowledge of their existence has been somewhere in my consciousness since childhood. So even though these first stories are really more Coyote stories than they are Hummingbird stories, they’ve given me a chance to delve a bit into the stories of the people who once lived where I live and where I grew up.

Let’s start with a creation myth, from the Rumsen Ohlone. Rumsen speakers lived in the area of Monterey and Carmel, into the Carmel Valley. Rumsen was the principle indigenous language spoken at Mission Carmel. END_OF_DOCUMENT_TOKEN_TO_BE_REPLACED

The second folktale for my hummingbird folklore series, again from the Ohline people of California. This is also more a Coyote tale than a Hummingbird tale, but to me it exemplifies the feistiness of the Anna’s hummingbirds that are the most frequent visitors to our feeder.

Coyote thought he was wise, but (as we saw) Hummingbird was smarter. Coyote was jealous, and wanted to kill him. So Coyote snuck up on Hummingbird, caught him, and tore him to pieces. But after Coyote left, Hummingbird came back to life, crying out in a mocking voice, “I’m dying, I’m dying!”

Then Coyote grabbed Hummingbird again, and threw him in a fire. Then he left, thinking Hummingbird would burn to death. But Hummingbird flew out of the flames, crying out “I’m dying, I’m dying!”

“How am I going to kill him?” Coyote asked. They told him, “The only way to kill him is to eat him.” So Coyote snuck up on Hummingbird, and swallowed him. But Hummingbird scratched and pecked at Coyote’s stomach from the inside; the pain was too much for Coyote to bear.

“What will I do? It hurts so much! I’m going to die!” cried Coyote, in pain. The others told him that the only way to get rid of Hummingbird was to defecate him out. So Coyote did.

And once again, up flew Hummingbird, calling out in a mocking voice, “I’m dying, I’m dying!”

END_OF_DOCUMENT_TOKEN_TO_BE_REPLACED

The third entry in my hummingbird folklore series. Previously, we’ve read how Hummingbird got the best of Coyote in a pair of Ohlone folktales from the California coast. For this story, we go to the Pacific Northwest for a story from the Nez Percé (Nimíipuu) people. This time, Coyote turns the tables.

As Coyote traveled along the valley, upstream, he heard a raspy, angry sound, like the sawing of wood. A voice called down to him:

“You there, coming up the valley — we challenge you to a fight!”

Looking around, Coyote saw Hummingbird and his brother atop a mountain peak. He shouted back at them, “A fight is just what I’ve been looking for!”

He ran up towards them and they rushed down to meet him, coming at him from both sides. They fought, and the Hummingbird brothers beat Coyote easily, killing him. Looking down at him, they said, “Oh, it’s Coyote. No wonder he was so arrogant, thinking he could beat us.”

END_OF_DOCUMENT_TOKEN_TO_BE_REPLACED

The fourth story in my hummingbird folklore series comes from the Aymara people, who live in the region around Lake Titicaca and the Andean Plateau (Altiplano); regions that are now part of Peru, Bolivia, and Chile. In this story, Hummingbird helps foil Condor’s plans. 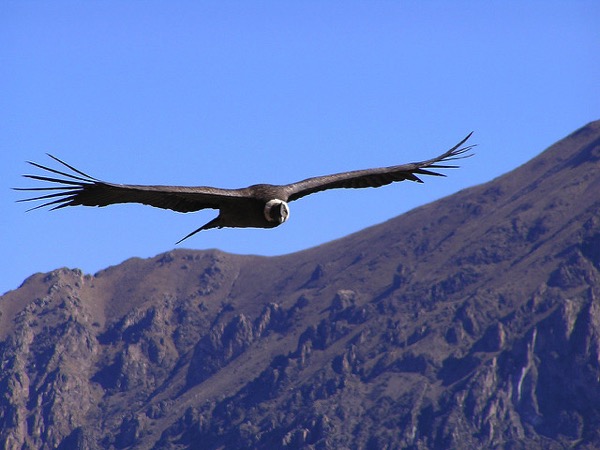 One day, as he flew down from the peaks where he lived, Condor saw a young woman tending her llamas in the field. She was so pretty that Condor wanted her for his wife. So he decided to talk to her.

The girl was the chief’s daughter. As she wandered through the field, keeping an eye on her llamas and picking berries, she saw a tall, handsome young man approaching.

Together the two of them picked berries, laughing and talking all the while. Soon she had two baskets overflowing with ripe, delicious fruit.

“We picked them so fast,” the girl said. “Now what will I do to pass the time?”

“First I carry you, then you carry me,” he said.

And he picked her up on his back and ran through the fields, around the startled llamas, while the girl shrieked and laughed in delight. After some minutes of this, he put her down. 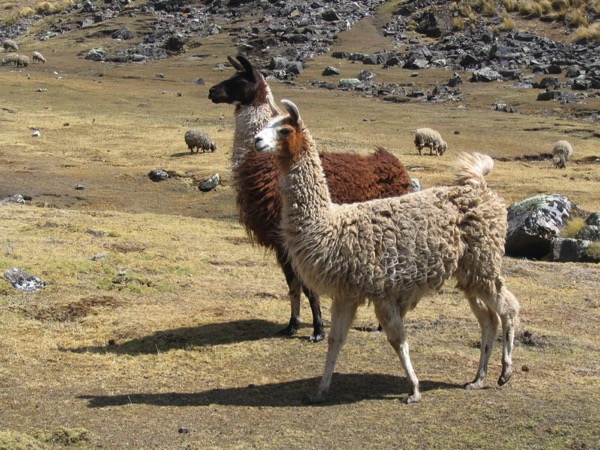 “But you’re too heavy,” she protested. The boy ran behind her and put his arms on her shoulders.

So the girl tried to pick the boy up, and to her surprise, he wasn’t heavy at all. In fact, as she ran around the field with the boy on her back (I can imagine the llamas rolling their eyes in disdain as they watched) it seemed as if he got even lighter. So light that she felt as she were running without her feet touching the ground….

But wait! She wasn’t touching the ground! She looked down in confusion as the earth fell away from beneath her feet, and then noticed that the hands on her shoulders — were no longer hands. They were claws: the talons of a great bird. Her friend, the handsome boy, had turned back into the mighty Condor and was carrying her away to be his wife.

END_OF_DOCUMENT_TOKEN_TO_BE_REPLACED

The fifth installment of my hummingbird folklore series comes from the Mbyá, a Guaraní people who inhabit the southern part of Paraguay in Guairá, parts of Brazil, and the Misiones Province of Argentina. This piece is the first chapter of the Ayvu Rapyta (which means roughly “the foundation of the world”), a book in the Mbyá-Guaraní language that records their myths and religious traditions. The book — full title Ayvu Rapyta: Textos míticos de los Mbya-Guarani — was compiled by Paraguayan anthropologist León Cadogan and published in 1959. This version is my translation of Dr. Cadogan’s Spanish translation.

As in the Ohlone myths of California, Hummingbird (and Owl, apparently) are present at the creation of the world. Hummingbird feeds and refreshes Ñamandú, the “First Father,” as the First Father goes about the task of creation. 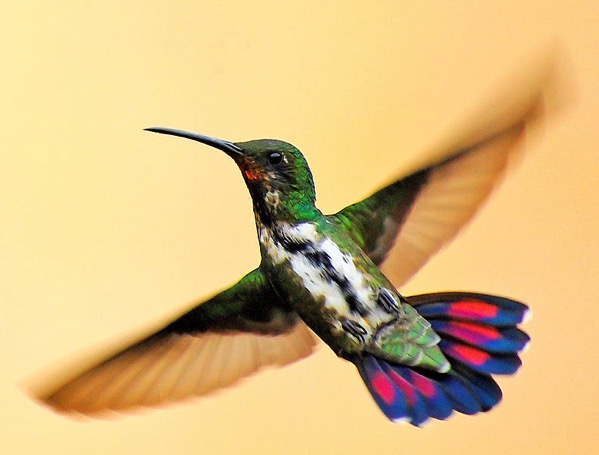 END_OF_DOCUMENT_TOKEN_TO_BE_REPLACED

As a follow-up to the previous installment of my hummingbird folklore series, here is a version of the Mbyá-Guaraní creation myth, as rendered by Paraguayan anthropologist León Cadogan. He apparently got this story from an informant he names Cantalicio, the mburuvicha [chief] of Yvypytã (a site loated near Colonia Mauricio José Troche). This is my translation of his Spanish rendering.

In his text, Cadogan gives this myth in the context of his etymology of the term aju’y, the name still used by the people of Guairá for the black laurel (Cordia megalantha, I think). The chapter in his book is titled “La Columna de la Tierra”, which I’ll render “The Pillar of the Earth.”

END_OF_DOCUMENT_TOKEN_TO_BE_REPLACED

A new installment in the hummingbird folklore series! This story is from the Hopi people of Arizona. Here we learn about the desertion and subsequent repopulation of the Oraíbi (Orayvi) settlement at a time of great famine, and hummingbird’s role in saving two children — and ultimately, the village. 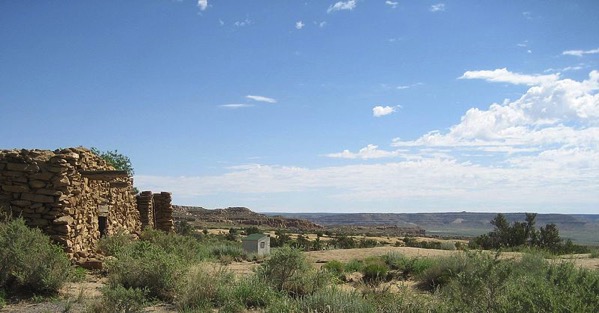 The time of great famine began with the frost which killed the corn, just as it began to ripen. Luckily, the people of Oraibi had food stored by from previous years, so that first year, they didn’t go hungry. But the drought began, too, and slowed down the growing of the corn plants, so the ears were just forming when the winter frost came back and killed them. And the third year, with no rain, the corn grew slower yet, and again the frost killed it. The fourth year was even worse, and some of the villagers began to move away, in search of kinder land. By the fifth year with no rain, the corn withered and died almost as soon as it was planted. By now, the food reserves were gone. With no choice, the remaining villagers left; Oraibi stood deserted. END_OF_DOCUMENT_TOKEN_TO_BE_REPLACED