Someone said to me the other day, “It’s too bad ghost story (Winter Tales) season is over.” It’s always great to hear that someone enjoys what I post! So here’s another story (and a mini film review). Arjan, this post is for you.

In case any other readers are feeling ghost story withdrawal, here’s where I remind you that all my Dark Tales Sleuth posts also link to a copy of the (usually supernatural) story/stories that I’m discussing, either at the Internet Archive or to a PDF I’ve transcribed myself. And most of my posts to Ephemera are ghost stories, too. Whenever I post to one of those blogs, I eventually post about it here, too, so if you follow Multo, you’ll be up to date on all my blogs. Anyway, today’s post involves vampires, of sorts. First, the vetala, a ghoul-like Indian revenant that haunts cemeteries and can possess dead bodies. And secondly the jiangshi, or Chinese hopping vampire, which consumes the qi, or life force of their victims, rather than their blood.

END_OF_DOCUMENT_TOKEN_TO_BE_REPLACED

I’m more of a reader than a movie buff, but there are times (especially this past year, and—whoo-boy!— this past week) when my mind is too unquiet to focus on a book. At times like that, or times when I’m just too tired to attend to a text, I reach for an easy-watch movie. By this I mean a movie that’s not too heavy or weighty or intellectual, that’s fun and light and easy to follow, and preferably one that doesn’t overstimulate the senses: not too much gore or violence, no dizzying action (unless it’s silly), no cacophonic soundscape. A movie I can watch with a bowl of popcorn and my brain turned to “low.” 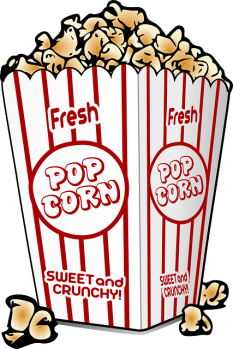 I think everyone has a set of movies or TV shows that they turn to in times of stress; different people find comfort in different genres. I often find that B-movies or “programmers” from the 1950s and 1960s do the trick nicely.

Every so often, though, I’ll turn on a movie that I think is of that type, only to realize — Hey! This movie is actually good! Yes, I have to turn my brain back on, but that’s probably a good thing anyway. These discoveries are always a pleasant surprise.

So here’s a short list of some movies I’ve stumbled on this way. I’m sure film buffs will read the list and say, “Duh!”, but hey—they were delights to discover for me.

END_OF_DOCUMENT_TOKEN_TO_BE_REPLACED

Just a quick one today. The Durmoose Movie Musings blog is running a 31 Days of Halloween mini-blog-film-fest, which I plan to follow as much as I have time to (luckily, it looks like he’s going mostly for shorts). Since his second offering was The Golem (which I recently posted about), obviously he’s got good taste….

His first offering was the 100 year old silent version of Frankenstein, produced by Edison Studios. Those of us who are familiar with Frankenstein mostly through film or television versions tend to define the monster by Boris Karloff’s flat-headed, stitched-together interpretation. And we think of the monster’s creation in terms of James Whale’s Tesla (and Der Golem) inspired electric lab. So it’s interesting to see the Edison version, where Dr. Frankenstein creates the monster by mixing together a bunch of herbs (well, probably chemicals, but I like to think that they’re herbs) and tossing them into a cauldron that I assume holds the body to be animated, and then letting it simmer. It’s like Macbeth’s witches.

The “come-to-life” scene is pretty cool, and there are some cute 1910-era special effects at the end involving mirrors. Mirrors are a big motif in this movie. And best of all — for the busy — it’s only fifteen minutes long.

If perchance you’d like to enjoy this on your own device, rather than youtube, the movie is public domain and available at archive.org. Also, if you have more than fifteen minutes, please do also enjoy James Whale’s definitive 1931 version of movie Frankenstein. There’s a version (with Spanish subtitles), on Vimeo.

Rabbi Yehuda Loew, known to the pious as the “Maharal” came to Prague from Nikolsburg, Posen, in the year 5332 of the Creation (1572 A.D.) in order to become rabbi of the community there. The whole world resounded with his fame because he was deeply learned in all branches of knowledge and knew many languages. Is it any wonder then that he was revered by the wise men among the Gentiles? Even King Rudolf of Bohemia esteemed him highly.

— The Golem of Prague, posted by Dr. Leila Leah Bronner on her Bible and Jewish Studies website (source not given).

In 1913 German actor and filmmaker Paul Wegener was in Prague filming a Faustian tale called The Student of Prague, which he both starred in and produced. While he was there, he learned the legend of the Golem of Prague, a great clay being that was created and brought to life by the Rabbi Loew to protect Prague’s Jewish community. The legend caught his imagination.

The Golem: How He Came into The World (1920) was Wegener’s third Golem movie; unfortunately, the two earlier movies have been lost. The first two times, Wegener placed the Golem in a contemporary time period; with his third attempt, he tried something closer to a straight retelling of the legend as he had heard it. 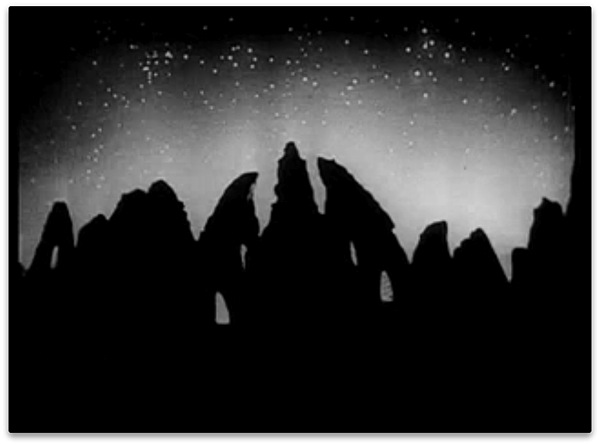 Wegener was not Jewish [1]; and while Der Golem is a beautiful movie, it’s not terribly authentic. Given the atmosphere in Germany at the time, some see Der Golem as an expression of anti-Semitism. It certainly takes a lot of liberties with the source material, but I didn’t think it was a hostile or derogatory portrayal of the Jewish people as a whole.

There are many versions of the legend of the Golem of Prague; the one on Dr. Bronner’s website, which I quoted above, is my favorite. The general idea is that Rabbi Loew created the Golem to guard the Ghetto of Prague against enemies of the Jewish people. In Bronner’s version, those enemies would plant the bodies of dead children in the home of a Jew, then level a “blood accusation”: the charge that Jews used the blood of Christian children in Jewish ritual (in this case, to make Passover matzos). Loew brought the Golem to life from a clay figure with cabalistic ritual; in some versions, he does this by writing the word emet (truth) on the Golem’s forehead, in other versions, by writing God’s secret name on a piece of parchment and putting it into the Golem’s mouth. END_OF_DOCUMENT_TOKEN_TO_BE_REPLACED