A collection of US public domain crime and mystery stories that I’ve shared on my blog. Because when I’m not reading tales of ghosts and the weird, I’m probably reading crime fiction. 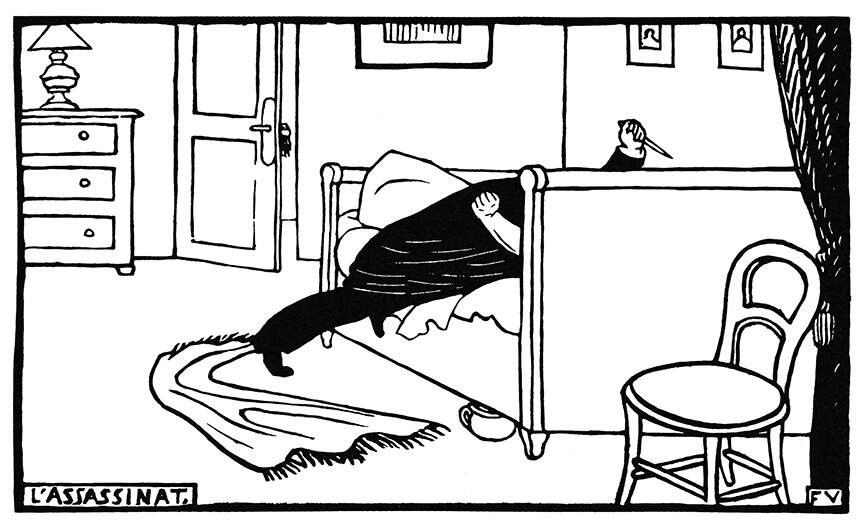 The Avenging Phonograph
By E.R. Punshon. The Mayor has a secret; a dark, dark secret that could destroy him if he told it. But, like King Midas’s barber, he’s having a hard time keeping it in. What is he going to do?.
Original blog post.

The Murder Hole
By Catherine Sinclair. A lonely road runs through a desolate stretch of Scottish moor. This part of the country has a bad reputation for murder and highway robbery. Where’s a traveler to go if they get caught here at night?
Original blog post.

Hungarian Robbers (Link to the Internet Archive)
By Charles Macfarlane. A Hungarian horse dealer returns home from a successful and profitable business trip to Vienna. Just past the Hungarian border, he stops off for the night at a respectable-looking inn. A bit of a mistake.
Original blog post.

The Archduke’s Tea
By H. C. Bailey. The first of the Reggie Fortune stories. Doctor Fortune must determine who ran over his patient, the Archduke Maurice of Bohemia, and prevent them from attacking the Archduke again.
Original blog post.

The Man with Nine Lives
By Hugh C. Weir. The first of the Madelyn Mack stories. Renowned detective Madelyn Mack and her “Watson,” Nora Noraker must solve the murder of Wendell Marsh, found dead in his locked but ransacked library without a mark on him. Who killed him — and how?
Original blog post.

Little Louise Roque
By Guy de Maupassant. The body of a young village girl is found in the woods, violated and murdered. With a cool and disinterested eye, Maupassant describes the reactions, actions, and thought processes of the people affected — including the killer.
Original blog post

Blue Murder
By Wilbur Daniel Steele. Jim Bluedge, his wife, and his two brothers all live quietly enough at Mill Crossing. Then Jim brings home Blue Murder, a stallion from Wyoming with a reputation to match his name. Selected for The Best Mystery Stories of the [Twentieth] Century anthology by Tony Hillerman.
Original blog post

The Long Arm
By Mary Wilkins Freeman. Sarah Fairbanks finds her father dead in his bed the morning after having an argument with him—loud enough for the neighbors to hear. She is arrested, and acquitted, but not cleared in the eyes of her community. To clear her own name, she investigates the murder. Probably inspired by the Lizzie Borden case.
Original blog post

Talma Gordon
By Pauline Hopkins. Why did Jonathan Gordon disinherit his daughter Talma and her sister, and forbid Talma’s marriage? And did Talma murder her father, stepmother, and baby half-brother in revenge? Another Lizzie Borden-inspired tale, and possibly the first published crime story by an African-American author.
Original blog post

Christmas Eve, Long Ago
By Mary Fortune. Edward Woolston invites a stranger to come celebrate the Woolston’s last Christmas in Australia, before they move back to England. But “goodwill towards all” isn’t a sentiment that everyone follows, even at that special time of the year. A Christmas Crime by and early (and prolific) woman detective writer.
Original blog post

A Ripper of Yesteryear (Un distripador de antaño) — Link to Ephemera blog
By Emilia Pardo Bazán, translated by Nina Zumel. The lives of a neglected, orphaned peasant girl and a mysterious and feared apothecary intersect, with tragic consequences. Not so much “crime fiction” as a narrative of events that lead (perhaps inevitably?) to a terrible crime. Novella length; the link above is to Part I, which in turn links to the following part.
Original blog post

Thou Art the Man
By Edgar Allan Poe. A Non-Dupin crime tale. Wealthy Mr. Shuttleworthy takes a trip to the city; he never arrives. His horse returns home, wounded and riderless. What happened to Mr. Shuttleworthy? Was he murdered? And by whom?
Original blog post

A Man Built in a Wall
By Joel Headley. What is the secret of the skeleton found immured in the wall of the Church of San Lorenzo? This travelogue anecdote might be one of the inspirations for Edgar Allan Poe’s “The Cask of Amontillado.”
Original blog post