We took the day off today and spent a little time at the California Palace of the Legion of Honor, the museum down at Land’s End here in San Francisco. Among other things, they are currently featuring an installation plus film called Alexandre Singh: A Gothic Tale.

The installation uses pieces from the museum’s own permanent collection to explore the theme of doubling and the doppelganger — the perfect theme for a museum housed in a building which is itself a replica of a replica of the Palais de la Légion d’Honneur in Paris. The installation, full of mirrors and symmetries, features duplicates from the permanent collection: prints and even sculptures of which the museum owns multiple copies, almost but not perfectly identical, like human identical twins. The space also serves as an anteroom for a small screening room, playing Singh’s short film, The Appointment. 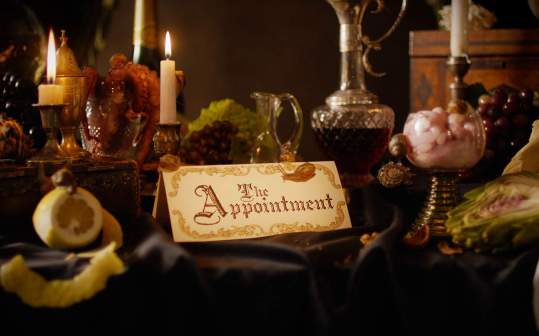 The Appointment is a nightmarish little weird tale, exploring duality (of course) and transmigration. The protagonist, Henry Salt, is an author who seems to have a fascination with the idea of The Double. He wakes up one day, completely disoriented, and finds in his diary a note for a lunch appointment. Only he doesn’t remember making the appointment, nor can he make out the name of the person whom he’s meeting….

END_OF_DOCUMENT_TOKEN_TO_BE_REPLACED

I’ve been on an unintentional Edgar Allan Poe roll lately: first some of Horacio Quiroga’s fictional homages to Poe, then the Dario Argento/George Romero cinematic tribute to Poe. Now another cinematic tribute: Orbit, a futuristic sci-fi update of “The Tell-tale Heart.”

This is an almost verbatim retelling of the tale, by which I mean that the narration is literally a reading of the short story, with only minor tweaks. It works quite well.

I’ve been really impressed by the quality of the films from DUST. I’m not sure what their business model is, but I’m keeping an eye on their YouTube channel, for sure.

END_OF_DOCUMENT_TOKEN_TO_BE_REPLACED

Continuing my fascination with translation…

It amuses and bemuses me, sometimes, to watch the titles of books and films move from language to language. I imagine most titles get translated pretty closely, but sometimes there is the odd exception.

For example, if I look at the IMDb page for the international titles of the Akira Kurosawa film Tengoku to Jigoku, I see that for most languages where I can readily work out the meaning, the titles have stuck pretty close to the original Heaven and Hell. France seems to have also used Between Heaven and Hell, which is almost the same idea. A common English language title is High and Low: similar, but it loses the feeling of unbearable heat that was so much a motif of the film (down there in the slums of Tokyo was “hell” for a reason).

END_OF_DOCUMENT_TOKEN_TO_BE_REPLACED

I watched Mario Bava’s Planet of the Vampires the other night. I’ve been exploring Bava’s early giallos and proto-giallos, and my husband is an enthusiast of schlock 50’s style sci-fi and horror (“quantity cinema” is what he calls it). Planet of the Vampires was in his collection, but neither of us had noticed it was a Bava. Until now.

It’s not as groundbreaking as Bava’s giallos; it really is a schlock B movie. But it’s a fun movie. Terrible title, though.

The set design was mimimal, and very much of the genre, but it was well done, considering the teeny tiny budget Bava had: something like $200,000. Yes, it showed. My husband pointed out the thermofax machine that was doubling as a piece of instrumentation. The “captain’s log” (some years before Star Trek) also looked to be a copier or blueprint printer or something, and the periscope-style viewer on the bridge looked like it was cobbled together from a salon hairdryer. But it was endearing. And the elevator hatch thing to bring the astronauts down to the planet’s surface was clever.

I loved the costumes.

Considering Bava’s budget, the effects and production values were impressive. Supposedly the set for the planet’s surface was literally two styrofoam rocks, smoke and mirrors, along with some well done in-camera effects. But on screen, it looks pretty good.

END_OF_DOCUMENT_TOKEN_TO_BE_REPLACED

I love old horror anthology films. Dead of Night, from 1945; the Amicus anthologies from the late 1960s and ’70s; Creepshow; Tales from the Darkside. So I’d been meaning to watch Tales from the Hood (1995) for a while.

To be honest, I wasn’t expecting much. At best, I thought, it would be the same fun but cheesy, EC Comics-like fare as all the other movies above (except Dead of Night), only with more black actors. Not that cheesy is bad, mind you. I like cheesy horror. But at worst, and what I actually feared, the movie would be an In Living Color style parody of a classic horror anthology.

Thankfully, it was the real thing.

END_OF_DOCUMENT_TOKEN_TO_BE_REPLACED

I recently saw the 1956 version of Invasion of the Body Snatchers for the first time. It’s much better than I thought it would be. My husband loves cheesy 1950’s sci-fi B-movies, and that was what I expected Body Snatchers to be. But it’s really not that cheesy at all. It’s fairly suspenseful, and its moody cinematography makes the film feel more noir than sci-fi. The inevitable romantic relationship between the male and female leads felt refreshingly adult, and quite relevant to the story. Drop the “happy ending” frame story (which both the producer and director objected to), and make the alien pods look a bit less like giant Belgian endive, and the film would be even closer to perfect.

END_OF_DOCUMENT_TOKEN_TO_BE_REPLACED

I recently came across the essay “Let Me Tell You,” by author Cecilia Tan. It’s a response to the old writing dictum “show, don’t tell,” and in the process of arguing against it (specifically in the SF/Fantasy genres), the essay also takes a shot at the myth of “universality” that underlies the dictums of writing “quality” (read: literary) fiction.

I highly recommend the essay to you. But in addition to what it says to writers/readers of SF/Fantasy, it crystallized some other thoughts of my own – a reader, not a writer, and not generally an SF/Fantasy reader either – about the obligations of the reader. 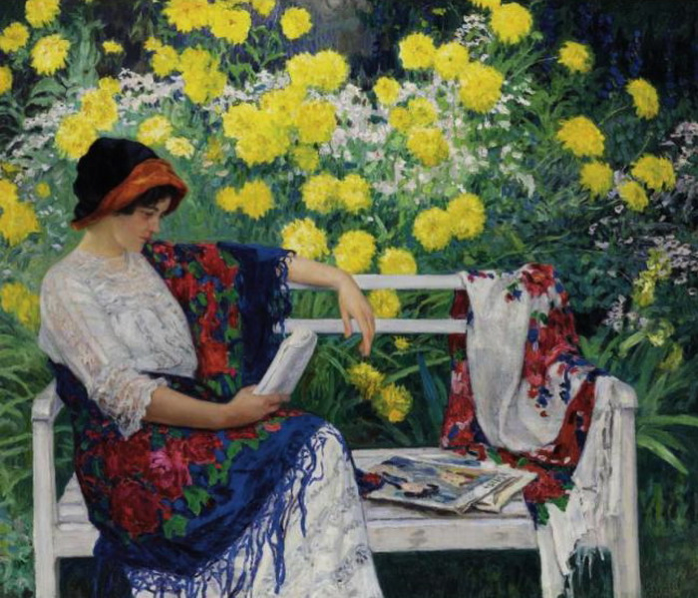 Clumsy exposition (“as you know…”) is one of my pet peeves. And I’ve noticed that I sometimes prefer reading works from an X writer to those of an X-American or otherwise hyphenated writer (X-British, X-Canadian, etc.), and this is kinda why: X-Americans often feel an obligation to write to “Americans”. That is, they feel the need to explain bits of X culture or history to the mainstream “American” reader.  X writers write only to X-ians.

A Filipinx author can leave the fraught relationship/history between the Philippines and US unsaid, even when that relationship is central to their themes or to their characters, because readers in the Philippines know. But not all Americans do, so a Fil-American author might feel the need to somehow work a little history lesson into their narrative.

But is it always necessary?

END_OF_DOCUMENT_TOKEN_TO_BE_REPLACED

In which I (sort of) revive my old Friday Video series…

I found this charming 1925 anime today; I was randomly websurfing while waiting for a long computation to return (it was either websurf or fold the laundry…): Ubasuteyama by Yamamoto Sanae.

A feudal lord considers old people a drain on society, so he has them forcibly shipped off and fed to a giant bird. A farmer, fearing his sixty year old mother will be taken away, takes matters into his own hands.

Ubasuteyama deals with ubasute/oyasute, the probably mythical practice of carrying ones elderly parents (or other relatives) to a remote place, and leaving them there to die. Sumerias Fain (aka Sumerian Otaku), who restored and posted the video that I’m sharing, translates ubasuteyama as:

So ubasuteyama means something like “abandoning the old woman on the mountain.” I said the farmer would take things into his own hands. But don’t worry, there’s a happy ending.

The film appears to have a bit of it missing: we learn that the feudal lord hates old people, and some sort of ghost appears in the lord’s room, then disappears. Then we jump straight to the farmer fretting about his mother. I feel as if there ought to be another scene between these two where the lord makes a law or issues an edict about shipping off the elderly. Nor is the ghost ever explained. But these are just nitpicks; it’s a wonderful animation and an entertaining story. Also, the film includes the cutest animated wolf. The horses are darling, too.

Length: 18 minutes, 10 seconds. Make sure that the subtitles are on.

After you’ve seen it, you might want to watch Sumerian Otaku’s commentary, which includes some history of the film and of Yamamoto Sanae (I’ve linked to the video about six-and-a-half minutes in; the first part is just summarizing the story).