A followup to my #FolkloreThursday article on the Saga of Pele, the Hawaiian goddess of volcanos and fire, and her sister Hiiaka.

Some time in the early or mid 1980s, a package arrived at Hawaii Volcanoes National Park, containing lava sand taken from Black Sands Beach in 1969. The woman who took the sand evidently loved the Hawaiian islands a lot, as she and her husband returned frequently, despite the gradually escalating mishaps that struck them every time:

Finally, in 1982, our two unlucky tourists saw a display at Volcano House, the historical hotel on the edge of Kilauea volcano, traditionally said to be Pele’s dwelling place. This display showcased letters from other tourists who had suffered the Curse of Pele: bad luck that struck them after they had taken lava rocks from Pele’s volcano. All these victims returned what they had taken, in hopes of lifting the curse. And so this couple did, too. I hope their future trips to the islands went better.

Every year, Hawaiian national parks, along with various Hawaiian tour companies and post offices near the national parks, receive thousands of pounds of returned lava. Along with the packages often come letters detailing the misfortunes that followed the souvenir takers after their transgression. The legend of Pele’s curse is widespread enough that Snopes actually classifies it as “True” (really, Snopes?)1. There is even an online service that will accept returned lava (with a voluntary donation) and return the rocks respectfully to Pele, along with an offering of orchids as an apology. The service also posts stories from curse victims and photos of returned rocks.

Here’s a typical story (from Hammond’s “The Tourist Folklore of Pele: Encounters with the Other”):

In spite of the warnings we read while on the Big Island, we picked up some pieces of volcanic rock at several road cuts on the south and southwestern part of the island. These were to be souvenirs for ourselves and our friends. We were on Hawaii in mid-December. Since we returned home, we’ve had a monstrous snowstorm which ruined our family reunion here at Christmas. My sister and I had the fIrst big fight of our lives and we are still not speaking to each other. Both my wife and I have had a terrible cold or flue [sic] bug since mid-January. And today another big snowstorm has ruined the grand opening of my wife’s new business. WELL, ENOUGH IS ENOUGH! We are returning to Pele all of her rocks. Please entreat her to release us from her terrible spell. 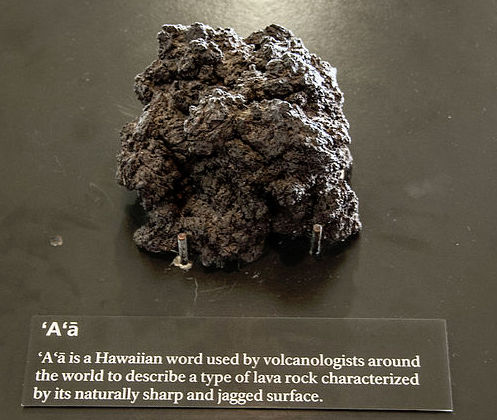 Let’s be clear: the Curse of Pele is not a part of indigenous Hawaiian belief. In fact, when missionary William Ellis visited Kilauea in 1823, he recorded that the native Hawaiians requested that the haole (foreigners) not “strike, scratch, or dig the sand” or eat the sacred ohelo berries, lest Pele’s displeasure fall on the Hawaiians. Or at least on everyone, Hawaiian and haole alike, since Pele’s anger generally takes the form of a volcanic eruption, not random bad luck: heart attacks, car accidents, or other misfortunes.

The tourist belief in Pele’s curse dates back to at least the 1940s, though Joyce Hammond cites some (weak) evidence that the urban legend may not have existed prior to 1929. Linda Ching and Robin Stephens, in the their book Powerstones: Letters to a Goddess, date the legend to 1946, when a park ranger spread the tale to discourage tourists from taking the rocks as souvenirs (It is illegal to take anything, animal, vegetable, or mineral, from a US National Park). Hammond recounts another origin theory: that tour bus operators invented the curse to discourage passengers from dirtying the buses with rocks and sand. This leads me to one of my favorite Pele curse stories:

A tour bus operator, on arriving at Hawaii Volcanoes National Park, warned his passengers not to take rocks, as it was bad luck, and he didn’t want bad luck on his bus. One of the tourists decided that, as a paying customer, she could decide what to do or not do — and she took a rock.

When the other riders discovered what she had done, they all insisted that she get rid of the rock, but she refused. The other passengers continued to nag the woman as the bus drove on, until she finally gave in to the “superstitious fools”. The bus driver stopped the bus and opened the doors, and the woman went to the front of the bus and threw the rock out the open door, saying, “Are you all happy, now?”

But as she threw the rock, it hit the edge of the bus door and ricocheted back, hitting the woman on the head and injuring her badly enough that they had to take her to the hospital.

Authentic or not, the curse is a big hassle for the National Park Service. In addition to opening all the packages of returned rock (in 1995, Joyce Hammond wrote that Hawaii Volcanoes National Park got twelve to twenty packages a week; I don’t know the current numbers), all the rock has to be put someplace. Apparently, park employees used to try to return the rocks to the area where they came from, which is theoretically possible because the appearance of the rock varies with age. It’s difficult, though, and no doubt error-prone: as park personnel put it, such errors could mislead future geologists into false conclusions. So now (or at least as of 1995) the rock ends up in a pile behind the visitor center. The employees of one post office that gets a lot of these returns bring the returned rock and sand to the sea once a week, tossing them into the ocean at sunset. I’m not sure what the online lava return service does with their rock.

This misrepresentation of Pele’s legend naturally offends many native Hawaiians. I’d like to close this post with a quote from Thomas E. White, the Chief Park Interpreter of Hawaii Volcanoes National Park in the late 1980s:

The “folklore” of the misfortune associated with removal of volcanic rocks is not Hawaiian tradition or folklore at all, but rather a recently mistaken or altered perception of the character and characteristics of Pele, the Hawaiian Goddess of the Volcano. Frankly, we are not interested in perpetuating this mistaken view of the Hawaiian’s genuine respect for Pele.

I’d disagree with the statement that Pele’s curse is “not folklore” — tourists are folk, like anyone else. But I’d agree that taking the rocks is disrespectful to the National Park Service, to the visitors who come after you, and to Pele herself.

So go, and enjoy. But leave the rocks.

[1] Actually, what Snopes admits to be true is that people believe in the curse, and return the lava that they took, but it’s far too fine a distinction for the internet, in my opinion.

All quotes are from Joyce Hammond’s article. The tour bus story is my paraphrase.

Thanks to Stephen Milano (@stphnmilano) for the tweet that inspired me to write this.

Cart, Julie. Hawaii’s hot rocks blamed by tourists for bad luck / Goddess said to curse those who take a piece of her island. SFGate.com, May 17, 2001.

Hammond, Joyce. “The Tourist Folklore of Pele: Encounters with the Other.” In Out of the Ordinary: Folklore and the Supernatural, Barbara Walker, Editor. University Press of Colorado, 1995.

2 thoughts on “The Curse of Pele: A Tourist Legend”