Back from Thanksgiving weekend with my parents: four days of non-stop eating and family and wine (I blame my sister for that last part). It was the first time in a long time that we, my parents, my sister’s family and my closest first cousin’s family were all in the same place at the same time, to celebrate the birth of my youngest nephew (or whatever the proper term is for my first cousin’s child).

We happen to be a family with strong introvert tendencies, even the men who married into the family, and we are also very loud, in that stereotypical ethnic family sort of way. So periodically, certain people would disappear from the gathering, to be found hiding in another room with a device of some kind…

Which is a long-winded way of saying that my ten year old niece has started me down a wormhole of recreational reading and tv-watching time sinks, just in time for the holidays. Follow me down the path: 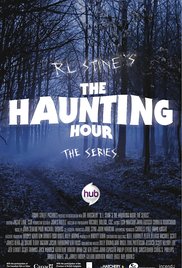 My niece and husband binged-watched this in a back room the entire weekend while the rest of us ran around doing whatever it was we were doing; I dropped in for a few episodes, too. It’s a horror series aimed at kids, in the style of Goosebumps, that ran from 2010-2014. It’s currently on Netflix, and I believe also on Amazon video and on DVD (this is all in the U.S., probably Canada, too).

It’s very good: well-acted and well-written. While it’s clearly aimed at kids, with its pre-teen and teenaged protagonists and nary an adult to be seen (unless they, too, are victims), the scares are effective and it’s not watered-down or sweetened at all. Of the several episodes I saw, I only saw one clunker, season two’s “Bad Feng Shui,” which featured some painful Chinese stereotypes (Tiger mom with chopsticks in her hair who forces her daughter to study violin? Really, television?). It’s too bad, because I think one could get some quite interesting and effective horror stories from non-European folk traditions; this just wasn’t one of them.

Standouts for me included season two’s “Scarecrow,” an excellent, dark story which took T.S. Eliot’s poem “The Hollow Man” as its theme; “The Hole,” about an angry haunted house, and a cute fun two-parter called “Creature Features” about a movie-obsessed kid who discovers a ghostly drive-in. A little bit of research led me to the fact that “Creature Features” was based on a book of the same name, a children’s horror series from the nineties called…

Written by Marty Engle and Johnny Ray Barnes, this series is set in a fictional town called Fairfield, and features the students of Fairfield Middle School. Each book is standalone, with a separate situation and set of characters. It seems to be out of print, but used copies still turn up on Amazon. So now I know what I’m getting my niece for Christmas and for her birthday.

Back to The Haunting Hour: since I’d been wandering in and out of my niece and husband’s binge-watching sessions, I didn’t catch all of the episodes I saw in their entirety. So I went back and watched a few of these episodes again on my own to get the whole story. This additional Netflix surfing led me to another interesting (though ultimately disappointing) series, a Korean horror series called… 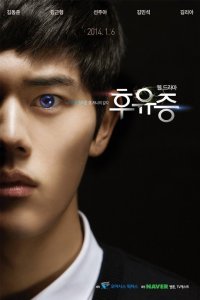 After a near-death experience, a teenage boy discovers that he can sense when someone is about to die — and when they are about to kill. The show was designed to be watched on mobile, so each episode is only eight or so minutes long. There are two seasons, so the whole story probably comes in at about two hours. It’s on Netflix with English subtitles, and it looks like it’s on YouTube with English subtitles, too.

I really wanted to like this — how can you not want to like something with that plot? The lead actor does a good job of playing an sweet, awkward (but cute) teenage boy with his heart in the right place, who gets changed by all the media attention that comes from saving people’s lives. His best friend is a crazy-haired goofball of the sort that made me feel as if I’d seen that actor before, even though I know I haven’t (what little Korean film I watch generally features much older actors). But the twists and turns of the story weren’t well motivated, and there were so many interesting side plots that might have helped to fill in the narrative, but were ultimately never pursued. Judging from some of the end-of-episode teasers, there was more footage shot that never made it into the final story, and it’s too bad. Perhaps if they’d been willing to extend this to three seasons it would have come out better.

The story is based on a Korean webtoon of the same name, which I’d like to watch just to see if it actually made more sense, but I don’t think it’s out there in any Anglophone-friendly way, at least not that I could find. If anyone knows otherwise, please let me know. If you are curious to know more, here’s another review, equally as disappointed as I am (it’s a Wayback Machine link; the original site has gone dead).

That’s the watching. But there’s reading, too — in a separate post.

9 thoughts on “Creepy TV and other Thanksgiving Fun”