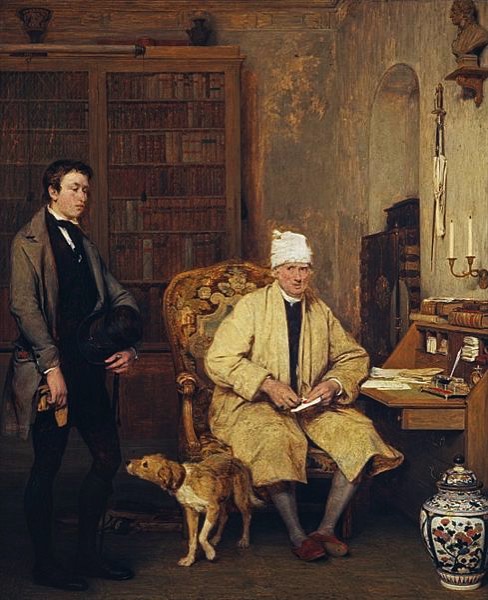 I’ve been reading Catherine Crowe’s Ghosts and Family Legends (1859) over lunch break the last several days. Those of you who have read Tim Prasil’s Help for the Haunted, the chronicles of the ghost-hunting, turn-of-the-twentieth-century journalist Vera van Slyke, know that Ms. Crowe’s The Night Side of Nature was Vera’s trustiest reference tome. I believe she actually wore out her copy at some point in the book. Like The Night Side of Nature, Ghosts and Family Legends is a collection of “true” ghostly anecdotes, in this case told over the course of several evenings at a Christmas gathering.

Though it may surprise some of my readers, I’m not actually that interested in true ghost story anecdotes, at least not as reading material. Most true ghost anecdotes — most true anecdotes, period — lack narrative structure, and almost always have no closure. They may be great recreation when told to you by your grandmother, or by your friends on a dark winter’s night while drinking hot toddies, but fiction generally makes better reading. Most of the stories in the first half of Ghosts and Family Legends are no exception. Still, I’m always on the lookout for novel stories to share with you during the winter tales season, and a few of the anecdotes are well-structured enough (and fun enough) that I may feature them come December.

The second half of the collection is called “Legends of the Earthbound,” and (so far) these seem to be fully structured stories. It’s not clear if these are still stories told to Ms. Crowe by others, or whether they are fiction written by her (I assume the second). Either way, they are enjoyable reading, and I thought I’d share one with you today.

Our family claims to be of great antiquity, but we were not very wealthy till about the latter half of the 16th century, when Count Jacopo Ferraldi made very considerable additions to the property; not only by getting, but also by saving—he was in fact a miser. Before that period the Ferraldis had been warriors, and we could boast of many distinguished deeds of arms recorded in our annals; but Jacopo, although by the death of his brother, he ultimately inherited the title and the estates, had begun life as a younger son, and being dissatisfied with his portion, had resolved to increase it by commerce.

So begins the story of Count Francesco Ferraldi, about his ancestor Jacopo Ferraldi, a truly detestable man. This one is kind of two ghost stories (and two haunted houses) in one, but it isn’t the ghosts that are scary. It’s the man.

You can read “The Italian’s Story” here (a pdf download), or you can download the entire Ghosts and Family Legends from Project Gutenberg.

Image: The Letter of Introduction, David Wilkie (1813). Source: WikiArt. It may seem an odd choice of image, but it’s relevant to the story.