In search of something to read this fine Sunday afternoon, I picked up a book I bought for five dollars the other weekend, a hopefully-not-too dry Anthropology collection from forty-five years ago. Opening it up to a random page, I found that familiar, but increasingly rare fragrance: the scent of old book. 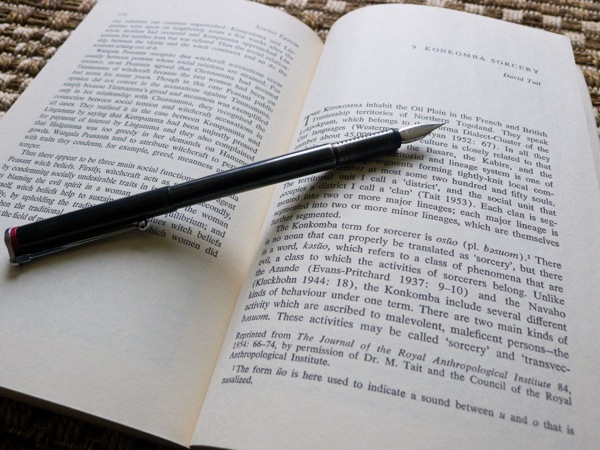 I don’t know how to describe the smell, it’s just — old book. My lack of descriptive power tells you all you need to know about why I don’t make my living as a creative writer. What can I say? It smells good. It’s a little bit chemical, a little bit dusty. It smells like old paper, old good paper. Old letters smell like that, too. Old newspaper clippings, I think, don’t.

It smells like my grandmother, too, like the smell of her clothes folded neatly and tucked into her dresser way back when I was little, and she still lived with us. It’s the smell of the drawer of her bedside table, filled with her rosary and novena booklets, prayer cards and usually a romance novel.

Some of my mother’s clothes had that smell, clothes she had in the Philippines. Little peach dresses and beautiful, translucent camisa blouses, or baro, with their elaborate embroidery. I used to try the camisas on, hoping for a chance to wear them some day. I don’t think I ever did. 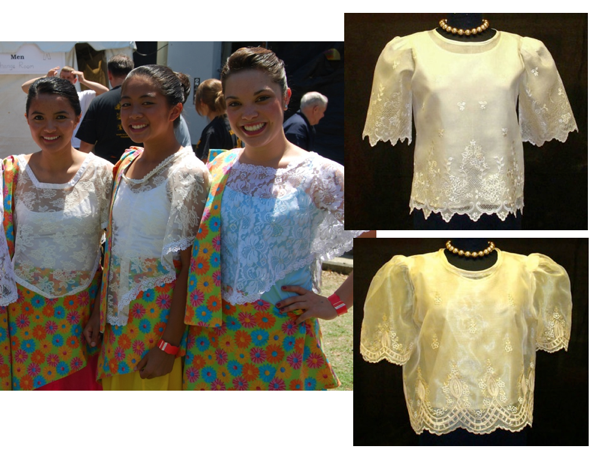 The shawl-like lace blouses are camisas like my mother’s. Hers were made of embroidered material like the shirts on the right.
The top blouse is made of jusi (silk now, but originally banana fiber); the bottom one is made of piña (fiber from pineapple leaves).

I remember being with a friend a few years ago, as she unpacked a box of goodies sent over by relatives in Punjab. The box was filled with the 2-meter-or-so long bright colorful stoles called dupattas, along with boxes of bangles and packets of bindis, parandis for our hair. I lifted out a multicolored tie-dyed dupatta and waved it open.

“Smells like India,” another friend commented. I had been thinking it smelled like the Philippines. It was that smell.

And it’s also the scent of memories.

UPDATE: Welcome to all of you who are visiting via Freshly Pressed! I hope you like what you see. Thanks again to the WordPress editors for choosing this post to be featured.